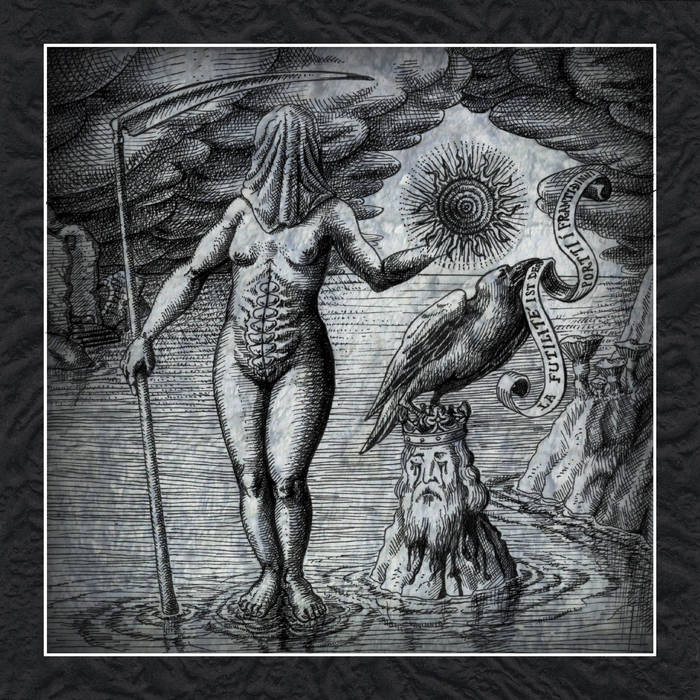 Their Little Bones, Becoming Sharp, Find Repose, But Fail To Avoid Worrying A Breach In The Ghostly Skin, The Which Separates That Above From That Below (This Being The Last And Final Seal), And Whereupon All Light Evacuates The Furnace. Several Consequences Ensue. {1999/2018}

I. The Minstrels Of Collapse, Overcome By Nausea And Remorse, Provide A Fanfare For Nothing In Particular

II. The Absence Of Gravity Is Burned, Entirely For Posterity's Sake

III. A Confluence Of Trivialities Coagulate Into An Unspeakable Whole

IV. From Out Of The Loins Of Pestilence: Joy

V. The Civil Mechanism Is Dismantled By The Beasts Off The Field
(Extinction Provides A BluePrint For An Animal Without Boundaries)

VI. Concerning The Appearance Of The Last World Mushroom: The Which Shall Promote And Inhabit The Time That Is The End Of All Times, Even Subsequent To The Immersion Of The World Beneath A Great Deluge Of Waters, Both Ginger'd And Sugary, And Across The Face Of Which It's Manifestation Shall Engulf The Entirety Of The Kingdom Of The Earth.

VII. The Final Sound Before Silence Is The Only Remaining Possibility

Tracks I—VIII were originally recorded between 1996 and 1999, and released as the third irr. app. (ext.) album in 1999 as a handmade edition packaged in a frame box with a unique little bone arrangement and hand-modified photograph. Between 1999 and 2018 a total of 108 of these boxes were created, the majority of which were distributed free of charge. The tracks were remastered in 2012 and further refined in 2018.

Track IX was recorded in 1999 and released in 2000 by Plate Lunch as half of a split 7” with Rats With Wings. This 7” has become the most difficult-to-find item in the irr. catalogue. The track was fully reconstructed in 2018 from the original sources so it would no longer sound like it was recorded in an old boot filled with cement.

All texts & images by M. S. Waldron,
except the image in the corner of this page by Hieronymus Bosch

Thanks, as always, to R. K. Faulhaber.
Thanks also to: G. & J. Waldron, Les Deux Scharpenois (O.A.C.),
and to all owls everywhere.

Track VI was inspired by David, Andria and the Majestic Mushroom (R.I.P.), and by E.R.J. Burriesci. To them it is also respectfully dedicated.