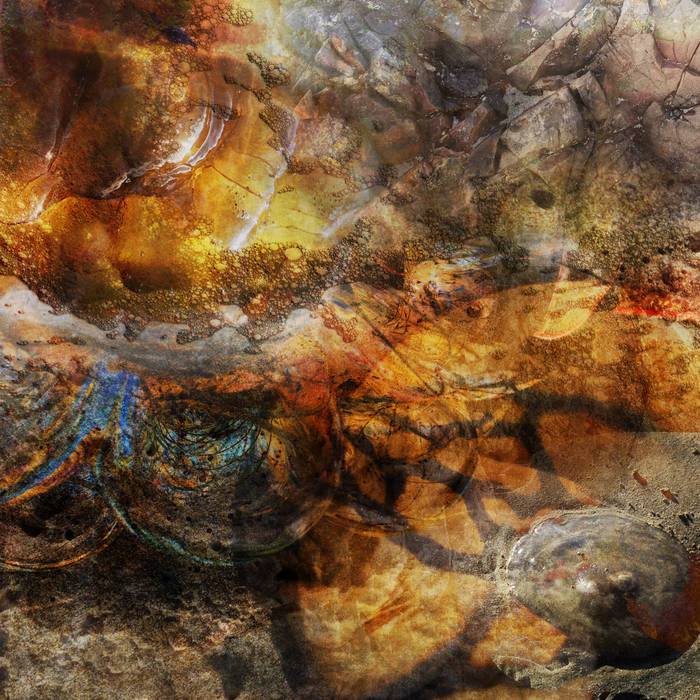 A swarm of termites emerge from their shelter tubes to form a tall tower that ultimately extends to several dozen feet in the air. They immovably fasten themselves together with their legs and mandibles, intertwining their bodies so tightly that the distinction between one and another disappears. In time, their outer shells will fuse together completely.

From the end of this tower, pale, gauzy stands of effluvium are expelled up into the sky. The strands briefly linger, suspended above the opening -- some tangling together, some remaining distinct -- before eventually being carried off by the movement of the air. For the most part, the strands remain passive, allowing themselves to be carried wherever the wind takes them, but occasionally one will abruptly convulse and, consequently, propel itself along a slightly different course.

Partly hidden amongst the untamed growth in an abandoned construction site, a derelict digger has grown a tooth from the upper surface of its excavator boom. A series of small but distinct bumps pushing up from beneath the peeling yellow paint and oxidising metal suggests that an entire row of teeth will eventually emerge.

On a pile of decorative moss, a particularly accomplished astrophysicist sleeps fitfully after a challenging day. Taking a break from her astronomical calculations, she had spent several hours trying to make Ethiopian injera bread -- with all four of her attempts ending without success.

The first attempt created a curdled mass that resembled molasses mixed with clumps of flour, and was completely inedible.

The second attempt resulted in something that, both in appearance and in texture, resembled a thick sheet of brown latex; it had a reasonable flavour and was not unpleasant to chew, but even extensive, protracted chewing would never break it down into pieces that could be comfortably swallowed.

The third and fourth attempts were similar to the second, only progressively thinner.

The astrophysicist hated to admit defeat in this, but four inedible outcomes was enough. Having given up in exhaustion, her aggravation has followed her into her dreams, her arms and legs erratically shifting around as she continually mumbles to herself. Suddenly stiffening her neck, she lets out two short barks like an angry cat. Somehow, this accomplishes the task of frightening off her subconscious tormentors: her body relaxes, and her breathing settles into a calm, almost mechanical pattern, like a well-maintained iron lung.

Within the thick, fibrous stalk of an immense Boletus mushroom, a steady, mechanical-sounding pulse has become evident. Small plumes of dense steam escape through various cracks and pores in the fungus, while a white fluid bubbles and foams through many of the same openings. The scent of the fumes is astringent and slightly rancid. Large clusters of black slugs are attracted to the smell, but quickly find themselves dissolving upon the Boletus' surface in a swirl of black and ochre goo.

Grotesque aphids cluster densely along the oil line of a diesel generator. The aphids -- much larger than is typically expected of their kind -- are of a dark, lustrous brown hue that terminates in black, and are covered in coarse, wiry hairs. Their mouthparts easily piece the rubber tube to draw out the oil inside, the excess of which dribbles around them onto the sides of the generator and down to the ground below.

Similarly outsized, misshapen ants periodically travel up the line to milk the aphids for the dark blobs of oily dew that are extruded from their hindquarters. The ants are blind, their limbs are irregular in size and unevenly spaced, and their antennae are short stubs that wag in useless circles, sensing nothing; yet they find their way unerringly up to their quarry and back down to their nests with rarely a pause in their movements. They remain oblivious to everything else.

The pool of blood left behind after a serious domestic accident seeps into the floor, where it starts to corrode the metal fasteners holding a suspended lighting fixture attached to the ceiling of the room below. In time, the corrosion will be extensive enough to cause the fixture to detach and fall, thereby instigating yet another serious domestic accident.

A vacationing riding mower salesman awakes in a field, where he had dozed off while lying on his back, watching the movement of clouds overhead. Just before waking, he had been having a strange but peaceful dream about sitting in a bathtub full of rubbery, fragrant seaweed and humming to himself while continually, contentedly chewing upon a handful of extremely tough asparagus stalks. As he becomes fully awake, he is horrified to discover that an enormous, shiny black leech has attached itself to his belly, and the leech is making the same humming & ruminating noises that he thought he himself had been making in his dream. Rather than confront this unacceptable new reality, the salesman chooses instead to go back to sleep.


All sights & sounds © M. S. Waldron, with imagery assistance and inspiration from Ms. T / bleakimagery and audio influence from R K Faulhaber. Copious thanks to them both.