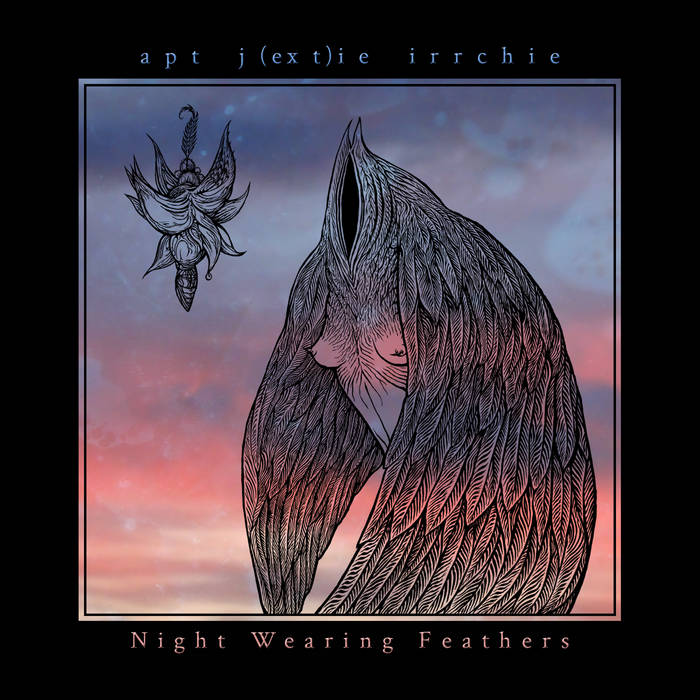 The first irr/AJR collaboration 'Night Wearing Feathers' was created in 2005 and released as a 3" CDR in early 2006 by the PsychForm label, which ceased to exists soon afterwards.

The original track was revised in 2012 and another collaborative track 'Sunshine Bus Rider' was created as a B-side for a 2013 vinyl release by Black Horizons. A 66 copy box set edition with two irr/AJR split cassettes of bonus material was also released (both irr. tracks from the cassettes are included as part of the first volume of 'The Jennies Made Me Do It' collection: irrappext.bandcamp.com/album/the-jennies-made-me-do-it-1).

2005 version of 'NWF' constructerated at the Felton Empire Studio in Felton, CA. The 2012 revisementation was done at Rock Creek Tributary in Hillsboro, OR, with some additional tinkering accomplified in July 2018, just previous to these words being typed.