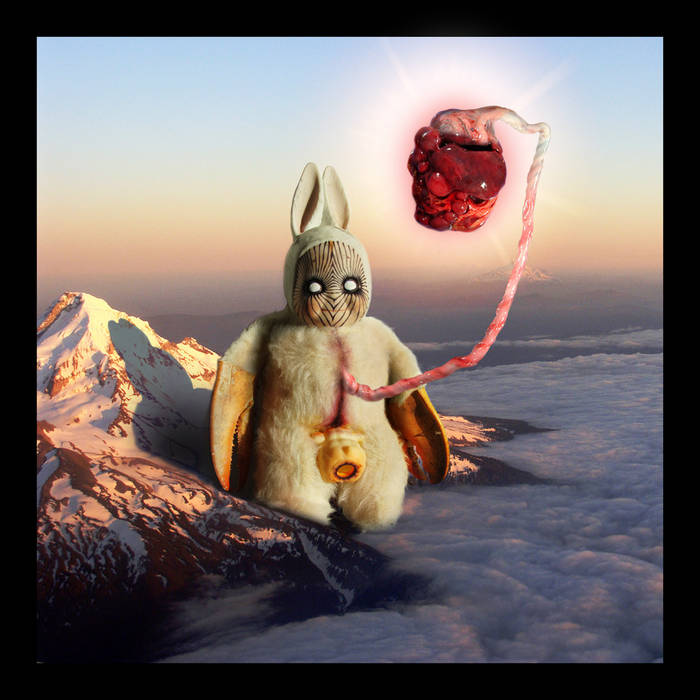 5. The Cohoes Mastodon Oscillates Unselfconsciously In The Ionosphere

11. The Cohoes Mastodon Oscillates Unselfconsciously In The Ionosphere

The recording reproduced here is a document of the first irr. show to take place in Oregon subsequent to my becoming a resident in 2010. Thanks to Chandra Shukla/Xambuca for inviting me to participate in the festivities, and thanks as well to the 8 people who came to look & listen: despite the tiny attendance, it turned out to be the most enjoyable live event I’ve done in Portland to date. Admittedly, that’s not saying much since the others were complete crap, but I did actually enjoy this one.

Included as bonus tracks is the full recording of the final rehearsal leading up to the event. It follows the same basic outline as the performance itself, but given the vague parameters within that outline (and my lack of consistency as a performer) there are plenty of variations resulting from improvisation and accident; therefore, I decided this alternate version might be of interest to some listeners (and also because, not surprisingly, things tend to go wrong less often during the rehearsals). I’ve excised the stirring interpretation of ‘My Teenage Castle’ from the rehearsal simply because no one can possibly need to hear it that many times.

A PHYSICAL VERSION OF THIS RELEASE IS AVAILABLE AT irrappext.com. The physical album is a fully-printed, hand-assembled double CDR that also includes two additional complete rehearsals, each of which has significant differences to the versions presented here. The discs come packaged in a double jewel case with a single-panel insert and double-sided tray card, and is limited to 200 copies.

Photos sources by the Unknown Howard Forbes. Thanks to him. Otamatone courtesy of Colin Potter. Thanks to him, too. Thanks also to Chandra Shukla, David Sayers, Lucille Dougherty, Chris Phillips, Ryan Ray and Ricardo Wang.