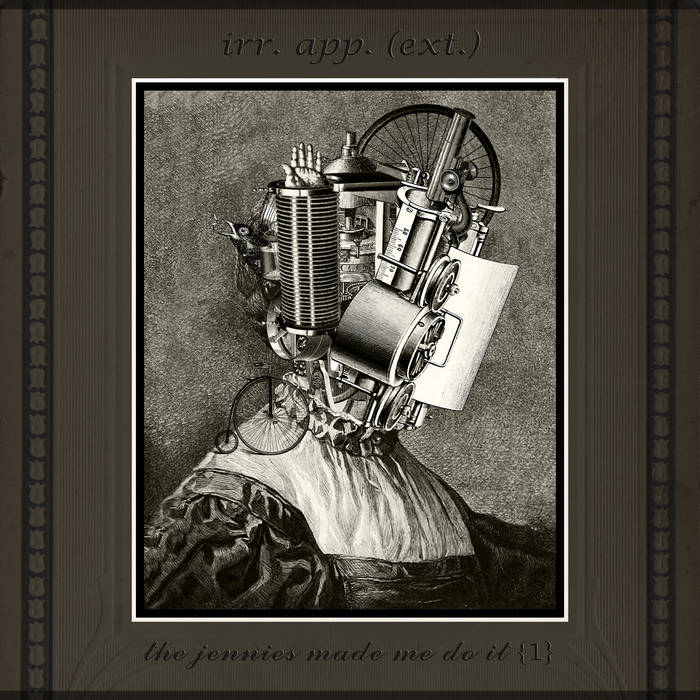 The first volume of tracks collected from split releases with At Jennie Richie and other AJR-organised projects.


THE MONSTERS ARE DUE ON ALDER COURT

In the summer of 2012, I invited my sister to visit on the vague premise of "getting her opinion on something"; when she arrived I handed her an electric guitar and forced her play it: something which she had never attempted to do before. At first I had her play along to a rhythm track I had created earlier by using one of her dogs as a hand drum, then I switched her to a longer backing rhythm played on a conventional drum kit. After several runs using a variety of effects settings, I exchanged the guitar for an electric bass and we started the process over again. This is the second track that has resulted from those sessions -- mostly using the drum kit recordings, but a little modified extract of the dog drumming makes an appearance in the middle section. Big thanks to my sis, who took up the challenge with enthusiasm and unleashed her own unique brand of rock 'n roll armageddon.

Tracey Waldron: all electric guitars and basses
Teddy the Pomeranian: body drum and unbridled savagery
Lucy the Chihuahua: squeaks, whines and spastic tremblation
M S Waldron: the rest of it

Redacted and resolved by M S Waldron at Rock Creek Tributary between May and July 2012. Modified extracts from the At Jennie Richie track 'Unknown And Forgotten' were liberally applied throughout.

Created between September-November 2012 at Rock Creek Tributary. The three sections of 'Studio Backflow' are loosely patterned after the corresponding sections of At Jennie Richie's 'Radio Background', and occasionally use some modified extracts from the same. Thanks to the Coulter Pinecone (the largest in the world!) for the basic rhythm & melody in 'Scherzo Of Cones Unfinished'.

track 1 was originally one side of the irr./AJR split cassette ‘For You And Telly Savalas’, which was only available as part of the 66 copy boxed edition of the ‘Night Wearing Feathers’ LP, released by Black Horizons in February 2013. Recorded and mixed at Rock Creek Tributary between May and August 2012.

track 2 was originally one side of the irr./AJR split cassette ‘Unknown Invertebrate Drama’, which was available both as part of the ‘Night Wearing Feathers’ boxed LP set mentioned above, and in a separate edition of 66 copies released by Black Horizons in January 2013.

track 3 was originally one side of the irr./AJR split cassette ‘Backflow Background’, which was released as an edition of 50 copies by Dead Accents in January 2013. The At Jennie Richie side can be downloaded at the AJR site here: atjennierichie.bandcamp.com/album/radio-background

All tracks gently massaged & gingerly remastered at Rock Creek Tributary, Hillsboro, OR in September-October 2014. Artwork & layout by M S Waldron. Many thanks to the Jennies for instigating.