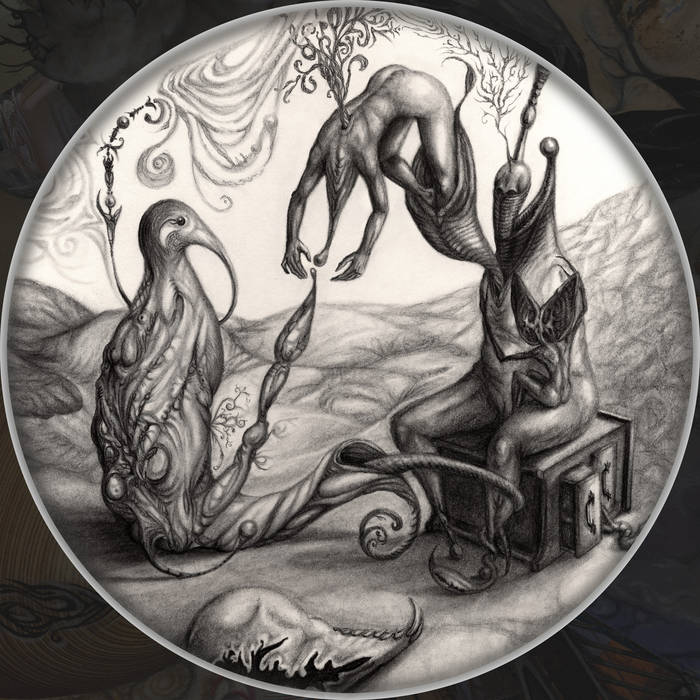 E'sPsychedelicBreakfast The raw madness of this record seems to soothe me. At first it might appear abstract and without structure, but to me it's a genius masterpiece of a unique kind. Favorite track: Festina Lente.

An expanded, remixed and remastered edition of the 2004 EP.

Tracks 1-3 were originally released in 2004 as a picture disc EP in an (official) edition of 200 copies, each of which included a matted original drawing of a tardigrade in black ink on gold foil. These were made available as part of a subscription-only ‘art edition’ of the album ‘Perekluchenie’. A small number of surplus copies were first packaged in a black cardstock sleeve with an original drawing in silver ink, and then with a pair of original drawings on blue + vellum or black + textured paper.

Tracks 1 & 2 were developed at the Felton Empire Studio in Felton, CA between 2001 and 2002 for a series of solo Butoh performances by Shinichi Momo Koga. I was rarely credited for this contribution, and the tracks were eventually dropped from the performance in favour of pre-existing popular songs anyway. I’ve always been particularly pleased with the organic way that these compositions came together, so I was happy to give them a more secure home on this record.

Track 3 was recorded in 2004, also at the Felton Empire Studio. This was my first proper attempt at creating & arranging a completely straightforward musical composition, using only conventional instruments and structures.

All tracks dismantled, scrubbed, remixed and remastered between July and September 2014 at Rock Creek Tributary, Hillsboro, OR.

Thanks to John & Greg Scharpen for their company on the trips to Cornwall and Wales, where some of the raw sources used in tracks 1 & 2 were recorded.