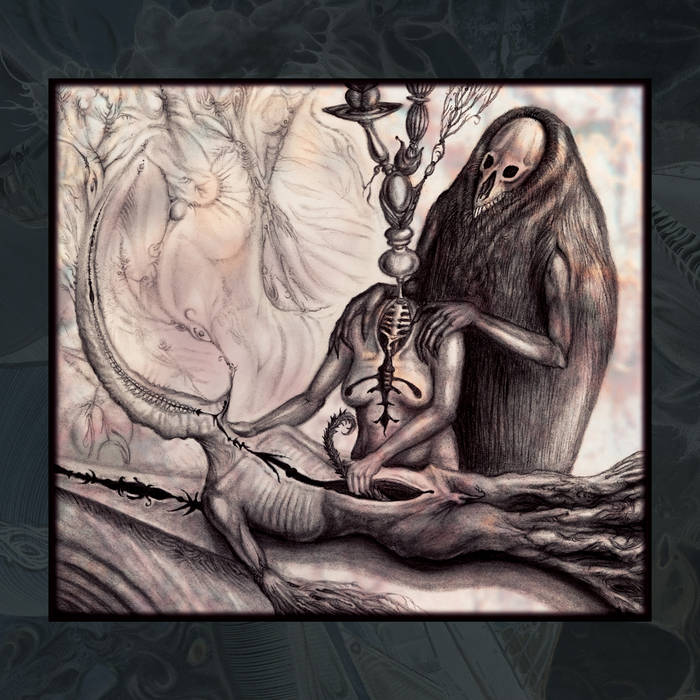 3. Perekluchenie: The Stairway To The Blue Light Subsides

6. Milking The Dead For Distraction

An expanded, remastered & partially remixed version of the 2004 album. The original physical CD & LP versions are still available for purchase at irrappext.com.

All tracks recorded at the Felton Empire Studio, Felton, CA during the relentless parade of hours that stumbled through the years 2002-2005 -- except track 6, which was recorded between the apartment of R. K. Faulhaber in Cupertino and a scrupulously clean bathroom in Felton in 1998. The original album (tracks 2-6) was compiled & mastered in early 2004 at the edge of the woods under a dark cloud. Thankfully, that cloud has now almost entirely dispersed.

A more primitive version of track 1 was created in February 2003 and released in May 2004 as one side of a white vinyl 7” split with Wyrm. It was not included on the original album. This revised & remixed version was completed in July 2014.

Sections of track 5 were created in July 2003 to accompany an improvised Butoh performance by Paige Sorvillo and Kinji Hayashi at Cold Cuts Sessions in Berkeley, CA.

Track 7 is a drastic renovation of track 4, the initial version of which was created in winter 2006 to be one side of a square lathe cut 8” split with Mykel Boyd, but was instead eventually released as a conventionally circular white vinyl 7” in August 2008. It also was not included on the original album. This revised & remixed version was completed in February 2011.

All tracks scrubbed & remastered at Rock Creek Tributary, Hillsboro, OR between July and August of 2014. Track 4 has also been remixed from the original multitrack recordings.

Sincere thanks to the following for their contributions and assistance: