I Made This For Someone Else, But They Didn't Want It So I'm Giving It To You Instead 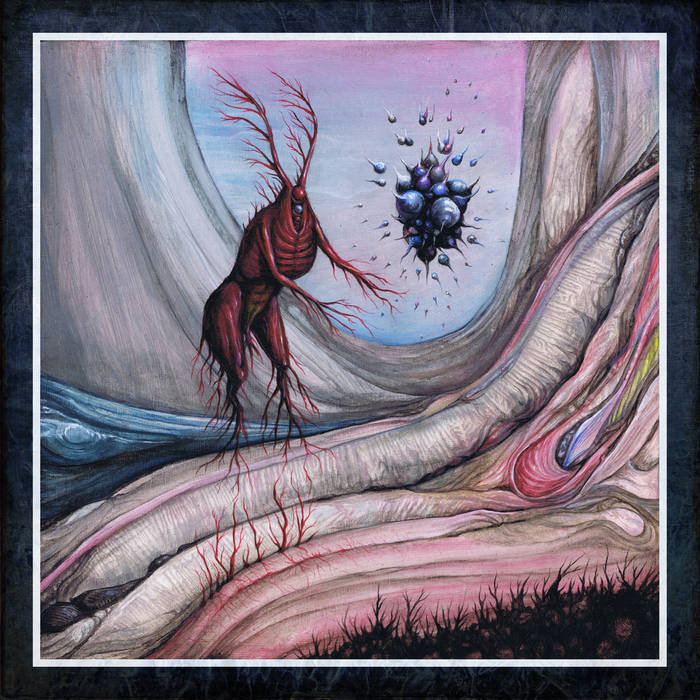 E'sPsychedelicBreakfast Just like the cover, the music's from another world and for some reason I dig those weird sounds. Favorite track: Devonian Lungpower Anniversary Promenade.

I Made This For Someone Else, But They Didn't Want It So I'm Giving It To You Instead {2014}

A PHYSICAL VERSION OF THIS RELEASE IS AVAILABLE AT irrappext.com. The physical album is a fully-printed, hand-assembled CDR packaged in a clear jewel case with a single-panel insert and double-sided tray card, and is limited to 200 copies.

4. This Piano Can Think, And It Thinks You’re A Dumb, Hairless Monkey [Ad Libitum]

5. In The Woods Near Where My House Used To Be I Discovered A Quantum Anomaly In A Dark Blue Honeycomb

8. This Piano Can Think, And It Thinks You’re A Dumb, Hairless Monkey [Bruscamente]

9. The Beginning Of Several Hours Of Casual Dementia At Keflavík Airport

10. Vindicated By The Mountain Beavers: A True Story

11. I Felt It Approaching From A Distance, But I Never Heard It Leave

12. Lucid Dream Of An Electrostatic Field Briefly Lingering In A Lint Trap In Ballard

An album of shorter-length pieces that are largely constructed from (I thought rather good) material submitted to various labels, compilations and collaborations over the past few years, but subsequently rejected or ignored.

Wrangled & resolved in September 2014 at Rock Creek Tributary,
Hillsboro, OR.

Thanks to:
Jerry Book (machine shop recordings on 1)
Evergreen Space Museum (Rocket Simulator on 1)
Loobie (complaints on 2)
Biggie & Busta (plant fetish rapture & grunts on 4 & 12)
Tracey Waldron (for use of her piano on 4 & 9)
At Jennie Richie (various sources on 5, 11 & 12)
Blue Sabbath Black Cheer (tape sources on 10)
Wm & Leslie Rage (for use of the fractured guitar in their laundry room on 12)
Cupboardie (brakes & bleats on 12)